Phoenix’s food scene is filled with great spots serving up platefuls of everything from noodles and egg rolls, to dim sum and dumplings. 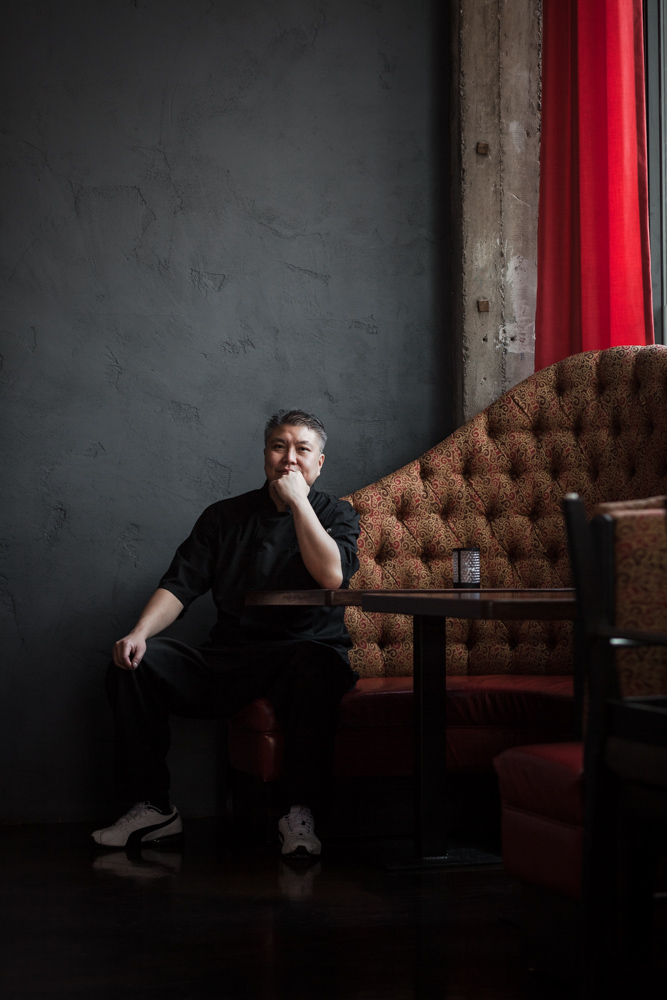 Just because it’s February, doesn’t mean the New Year’s party is over. On Feb. 8, the Chinese New Year kicked off, celebrating the year of the Monkey. So what better way to celebrate than with an authentic Chinese meal? Thankfully, Phoenix’s food scene is filled with great spots serving up platefuls of everything from noodles and egg rolls, to dim sum and dumplings.

To help navigate the city’s wide selection of Chinese restaurants and eateries, Bob Tam, executive chef and partner at Bitter & Twisted Cocktail Parlour in downtown Phoenix, says it’s all about being adventurous—digging in and trying different styles of Chinese cuisine, from Cantonese to Sichuan and everything in between.

Tam knows a thing or two about Chinese cuisine. Born in Hong Kong and raised in San Francisco, he comes from a tight-knit unit in which food was an essential part of the family fabric.

Tam admits his earliest memories are of food. He recalls the fried taro stand he and his siblings would stop at on the way to school in Hong Kong. He reminisces about shopping with his mother in San Francisco’s Chinatown, where she taught him how to pick meat, vegetables and ingredients at the age of 9. All of this paved the way for his curious nature when it comes to food and flavors.

Jian Yu, a longtime chef in Kaiping in China’s Guangdong province, oversees this central Phoenix staple. After coming here in 1997, he worked in several Chinese kitchens before taking over New Hong Kong Restaurant in 2008. Known for its authentic Cantonese cuisine, the restaurant offers both an American-ized menu (think fried rice, orange chicken, walnut shrimp) and a Chinese menu—written in Chinese, of course.

“This is the menu you should order from,” says Tam. “Standouts include a boneless, braised duck stuffed with glutinous rice, and a whole winter melon carved with Chinese lettering, filled with a steaming soup. I’ve never seen anything like it.”

According to Tam, the restaurant also offers a secret menu, which you can pre-order in advance. “It’s only in Chinese,” he says. “So if you know someone who can read and speak Chinese, have them order it for you.”

The East Valley is known for its rich mix of exceptional Asian eateries, and China Magic Noodle House is no exception. Nestled in the plaza anchored by Lee Lee Oriental Market in Chandler, the restaurant specializes in hand-pulled, made-to-order noodles made in the style of the Lanzhou region of northwestern China. You can get them in a variety of different ways, from pan-fried and braised, to served in soups or chilled.

“They serve the noodles in so many different ways that whenever I go, I order something different,” Tam says. “I don’t think I’ve had the same thing twice.”

Not only are the noodles served in a variety of ways, they’re also made in different styles. There’s narrow, thick, regular, and wide and flat. They also offer shaved noodles, which are noodles scraped off a hunk of dough into boiling water.

Start off the noodle-fest with an appetizer, including the not-to-be-missed beef tendon or pig ear. Both are served cold, marinated or spicy.

I cannot believe I never had shoronpo before😱😱😱 I was missing out!!! This dish is amazing🤤😍❤ #firsttime #fridaylunch @bellenliv

Also in Chandler is Chou’s Kitchen, an unassuming, strip-mall restaurant that specializes in northeastern Chinese cuisine. A less familiar style of Chinese fare, the menu is heavy on dough-based dishes, including fried buns, scallion pancakes and, of course, noodles.

The restaurant also serves meat pies, savory ground beef encased in dough and cooked to a crispy, golden brown. Owners Tong Rizzo and Ping Chou call them “Chinese hamburgers” and they’re served best with a mixture of soy sauce and chili paste for a kick of flavor.