This local hot sauce is spicing up the Phoenix food scene. Here's where to eat it and take home your own. 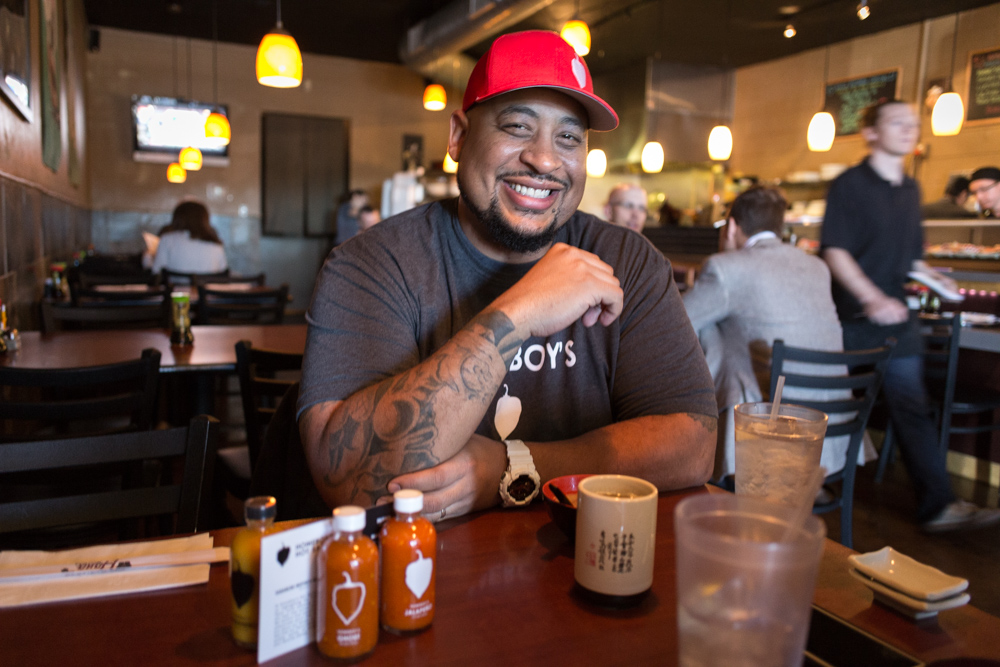 Not that the Phoenix dining scene isn’t hot enough as it is (literally and figuratively), add to it a dash of Cutino’s Sauce Co. and you’ve got a recipe for greatness.

Jacob Cutino, owner of Cutino’s Sauce Co., launched his company—recognizable by the signature habanero pepper on its packaging—in March 2015. No stranger to the Phoenix food scene, Cutino spent his fair share of time in some of the Valley’s top restaurants, including Fox Restaurant Concepts and Bootleggers, working both the front and back of the house.

“I’ve worked in almost every position in a kitchen,” he says. “I started out washing dishes, then became a line cook, then moved to the front of the house and did purchasing. I worked with vendors and purveyors, which led up to what I’m doing now.”

Never one to sit still, however, Cutino had been making homemade hot sauce, inspired by a sauce his stepfather made.

“He’s from Trinidad-Tobago, and in the islands, they make a pepper sauce that’s basically a raw scorpion or habanero pepper sauce with vinegar and herbs,” Cutino says. “Everyone made their own version, so I started making my own based on his sauce. He told me to add a little bit of this, a little bit of that—but the most important thing was to taste it.” 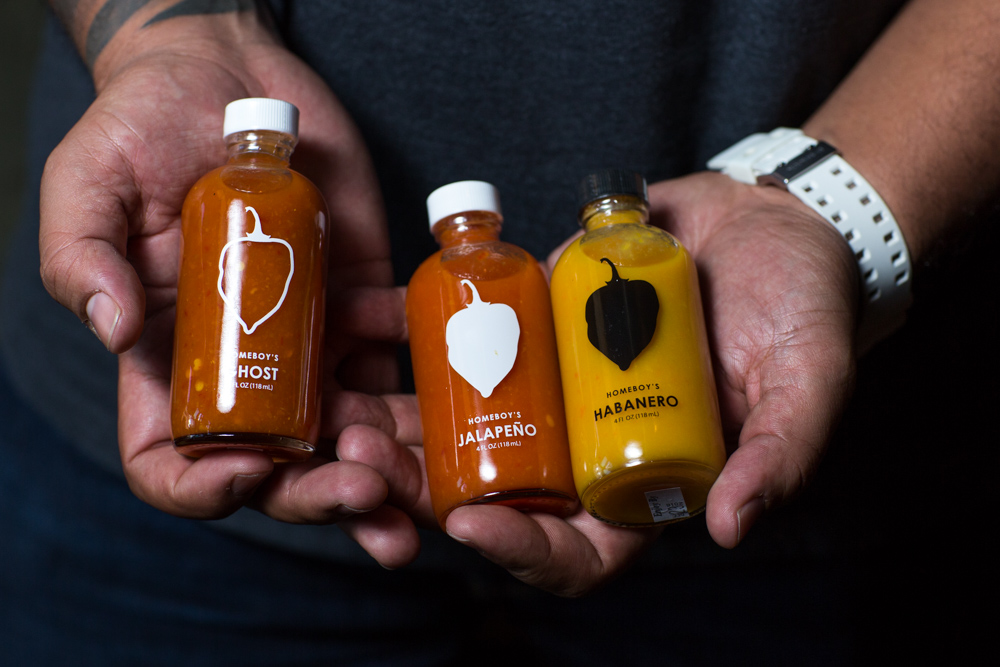 Cutino continued to perfect the recipe and eventually developed his habanero sauce, which he began selling at the Uptown Farmers Market in north Phoenix. And, as chance would have it, that’s where he met Bob McClendon of McClendon’s Select and a collaboration was formed.

“I source my ingredients from Bob,” Cutino says. “It’s important to use local product and support our food producers. I’ve also used product from Maya’s Farm and have spoken with Erich Schultz at Steadfast Farm. I try to use local whenever I can.”

“It’s been great having the support of these chefs,” Cutino says. “Not only have they used the sauces in their own dishes, they’ve also invited me to cook with them at special dinners and events. Phoenix really is a collaborative culinary community.”

Cutino’s Sauce Co. offers four flavors: habanero, jalapeno, ghost and verde, the company’s most recent release. They’re available at farmers markets throughout Greater Phoenix, including Uptown Farmers Market and the Gilbert Farmers Market, as well as retail locations such as the Bodega at FnB Restaurant in Old Town Scottsdale, Luci’s Healthy Marketplace in Phoenix, and La Grande Orange Grocery in the Arcadia neighborhood.

For hot sauce connoisseurs away from Phoenix, sauces can be purchased online at the Cutino’s website.

“It’s still so surreal to me,” Cutino says. “If you had asked me a year ago if I’d be where we are today, I’d say you were crazy. But the success we’re enjoying now really says something about the Phoenix dining scene and how we all come together to support each other, from the chefs to the farms to the purveyors. It’s a great community to be in.”