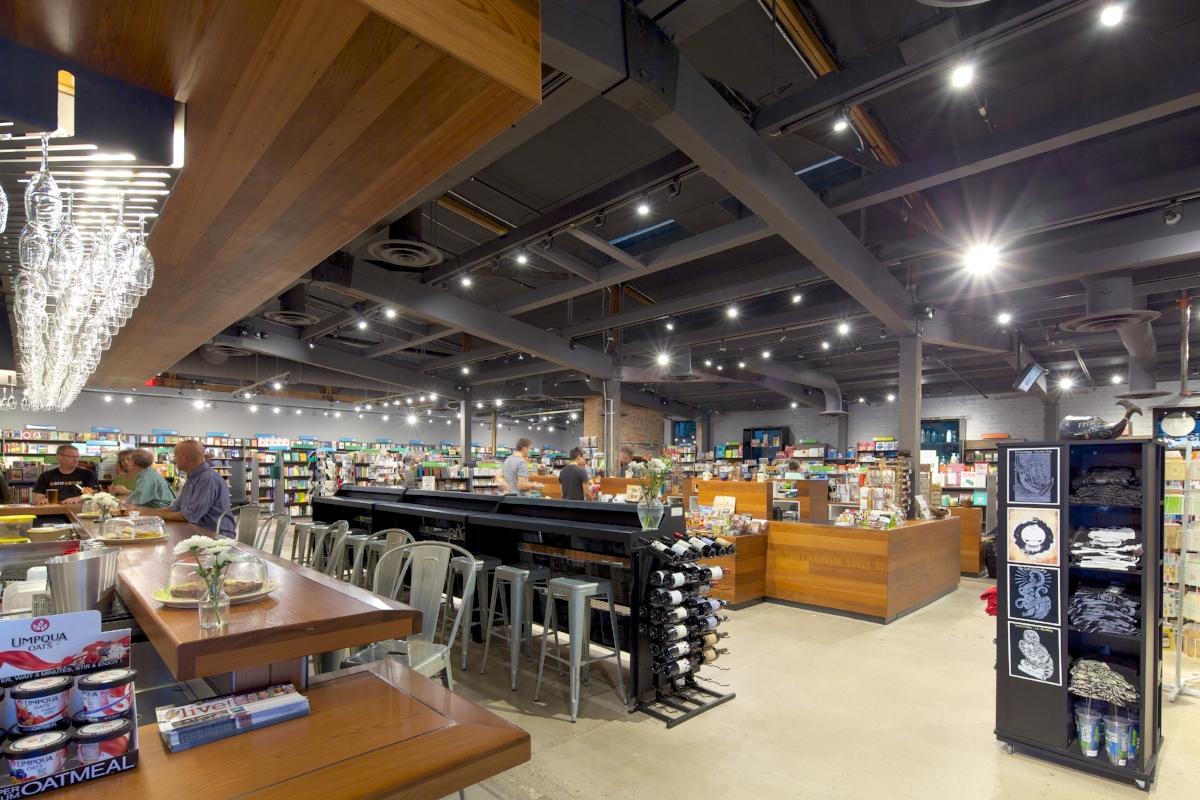 In search of tangible things in a digital age, a local writer finds where to ditch screens and go old school in Central Phoenix.

I have trudged, grudgingly, into the digital world. I’ve uploaded images and downloaded apps, Instagrammed, Tweeted and revved many a search engine.  Yet each day in the pre-dawn hours, I pad down my driveway to find a real newspaper, which I enjoy with my coffee.  On dreary afternoons, I curl up with a real book, not a Kindle.  I still listen to CDs in my car.  I am more hi-fi than wi-fi.

Apparently, I am not alone in my curmudgeonly ways. There’s a whole demographic slice of us who prefer the real, not the digital, version of things. And, apparently, there’s a nice slice of businesses in Central Phoenix that cater to our old-school ways.

All About Books and Comics is a happy place, where, if the mood strikes, I can revisit childhood comic book favorites, such as Archie, Jughead, Betty and Veronica. Marsha and Alan Giroux have owned the business since 1981, moving around several Central Phoenix locations before settling into their bright, cozy locale near Central Avenue and Camelback Road in 2015.

Right now, they’re in some kind of comic renaissance, thanks to scores of superhero-inspired movies and TV shows (think Batman, Spider-Man, Doctor Strange, Deadpool) that have drawn the curious to come in and check out the stars of DC, Marvel and other comic series. The shop offers up new comics weekly as well as a vast inventory of a million comics dating to the 1940s, which means customers range from casual readers to passionate collectors willing to cough up thousands of dollars for a single comic.

The Girouxs also stock comic-related books and gift items, like puzzles, tee shirts, mugs and graphic novels, plus there’s a nice selection for the kiddies.  “We get a lot of people in here who read comic books as kids,” says Marsha, “and they want their own kids to start reading comics.  I like to think it’s a gateway to reading books.”

I sold my record collection at a garage sale, a move I now deeply regret.  I do find comfort, though, in flipping through the vinyl and CDs at Stinkweeds, a postage stamp-sized shop filled to the brim with the indie music of my era, plus stuff my 20-something daughters listen to.

Kimber Lanning, who’s also a local-business activist, founded Stinkweeds in Mesa in 1987, moving it to its present Central and Camelback location in the mid-2000s.  Customers, says long-time manager Lindsay Cates, are loyal, ranging from teen hipsters just discovering the cool appeal of records to serious collectors, looking for first albums, first editions.  Mostly, though, they’re music lovers looking for non-digitized music of yesterday and today, drawn by listening stations where they can hear new music.

The shop also sells concert tickets, tee shirts and music-related magazines.  Occasionally, bands in town for concerts stop by during the day to do a short acoustic set amidst the record bins.

So what’s in those new and used record bins?  Maybe not Grandpa’s show tunes, but you’ll find everything from Cal Tjader, Screaming’ Jay Hawkins and Yusef Lateef to The Black Crowes, Twenty One Pilots  and Radiohead.  There’s a big Arizona section, featuring the likes of Jimmy Eat World, plus recent new releases too.

I left with a first-edition record by a 1970s Swedish progressive rock band, a gift for a daughter who likes her music obscure.

I admit, I’m not much of a Beach Boys fan, but Glen Bevell sits me down in the listening room of Arizona Hi-Fi and plays “Surfer Girl” from the 1963 album.  The sound was perfect, and I got goosebumps.

Bevell, one of Arizona Hi-Fi’s owners, is in the goosebumps business.  Since 2000, he’s been selling high-performance audio equipment. More specifically, the business specializes in classic, old-school products, like turntables and vacuum tube equipment, which make listening to music on your smartphone with earbuds sound….really bad.

“There’s a whole generation of people who don’t know how music is supposed to sound,” says Bevell, who moved the shop to its present Camelback and Central storefront in 2009. “I sell systems that let you hear the music as the artist intended it to be heard.”

With handmade product lines such as Shindo Laboratory, Leben and Bowers & Wilkins lining the shelves, the teensy shop looks a little bit like the digs of a mad scientist.  For those who like their music in more modern forms, such as streaming, there’s equipment for them, too.  Customers?  Audio geeks, music lovers, nostalgia buyers and musicians.  “All of this equipment never really went away,” says Bevell of his merchandise. “People are just rediscovering it now.”

Me?  I’m reconsidering the Beach Boys’ oeuvre.  I’ll also never again be satisfied with the way music sounds on my computer.

A block away, Changing Hands Bookstore is my favorite indie bookstore on the planet, thanks in part to its First Draft Book Bar, which encourages me to wander past books with a vino or cappuccino in hand. The store, founded in 1974 in Tempe’s Mill Avenue district as a used book store, opened its second location here a few years back, in what’s called The Newton, a stylishly repurposed Sixties-era steakhouse.

True to its roots, Changing Hands still buys and sells used books and offers plenty of titles under the categories of spirituality, mythology, poetry and feminism. There’s also a magazine rack where you’ll find The Paris Review, Wallpaper and Interview–not exactly titles you can snap up at Target. Not to worry, though. You’ll find plenty of new bestsellers, plus the well-read staff offers detailed recommendations of lesser-known books.

What sets the bookstore apart, though, is the number of events offered—mostly in the adjacent community room.  Any given week there are silent book club nights, storytelling performances and talks by local and national authors (rocker Sebastian Bach and vampire expert Anne Rice are recent additions to the speaker and book-signing roster).

Despite the rise of Amazon, and the rise and fall of chain bookstores, Changing Hands has prevailed for more than 40 years.  “People are on their screens all day long,” says Cindy Dach, one of the store’s partners. “I think most of us take comfort in a physical book.  It’s hard to curl up with a device.”

Finally, after a long day of being assaulted by the digital world, I’ve discovered yet another antidote–Shady’s Fine Ales and Cocktails, a low-profile neighborhood watering hole that caters to industry types.

Once a ranch-style house, the bar, opened in 2005, is small, dark and intimate, with knotty pine paneling and an L-shaped bar that seats maybe a dozen. The look? Rumpus room, 1962. There’s a pool table and a coin-operated juke box that plays Sam and Dave, and David Bowie.

In Midtown and Uptown, eat/drink/shop gathering places thrive where strip malls once stood.