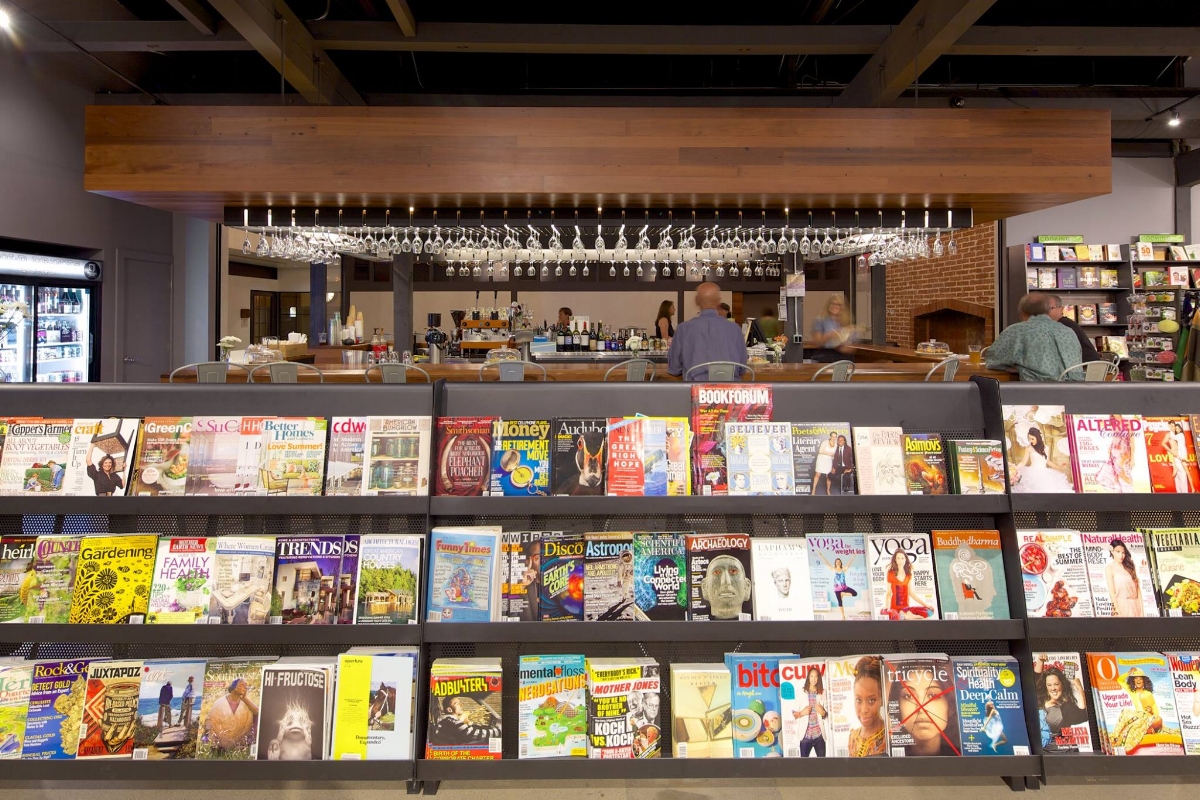 At Phoenix’s indie bookshops, you can find a sense of community while losing yourself in a book (and maybe a brew).

Whenever I travel, one of the first places I find is a local bookstore. New, used, rare, specific genre—I orient by them. I think independent bookstores tell us a lot about the communities that support their very existence, especially in an age where it’s so easy to click and ship a book right to your door.

I remember discovering Bookman’s Entertainment Exchange when I was new to Phoenix. When I walked in it was daylight; when I walked out it was nighttime. Three hours elapsed just like that, during which I scoured the stacks for volumes on the Southwest.

I love a used book store. There’s something touching about a book that was tenderly inscribed or seriously studied, highlighted and underlined, with notes in the margin. And there’s the distinct smell of a well-worn book: slightly musty, vaguely sweet, altogether heady. I love losing myself in that scent, in the curled, yellowed pages. Used books put off pheromones. Kindles and Nooks don’t.

But there’s something more. It’s as though time itself is suspended when I’m in a particularly inviting bookstore. I’m fully in the present when I’m happily lost among books.

Bookstores, like coffee shops, are “third places,” social environments separate from work or home. You might start an impromptu conversation with a fellow browser or an employee. Those fleeting exchanges often yield valuable information nuggets.

Tony Felice, a small business owner and Local First board member gets that.

“Independent bookstores play an important role in ‘place making’ for cities,” says Felice. “That’s a fancy way of saying they give you that good old fashioned sense of community, of a place where you can hang out, see people you know and take your time browsing shelf by shelf.”

That’s exactly why I make visiting a bookstore the last thing on my to-do list, so I don’t have to watch the clock. I thrill to discover a title I didn’t know I wanted, but it takes time.

And how often have you wanted to page through a book while sipping tea or a glass of wine? At the urbane new digs of Changing Hands in Central Phoenix you can. The historic, mixed-use development called The Newton houses not only the bookstore, but a trendy restaurant, a gardening store and meeting space. The building’s marketing slogan is “Read. Eat. Gather. Shop.”

Changing Hands’ First Draft serves coffee, beer, wine and light food. It also hosts book clubs, readings, workshops and children’s events. Cindy Dach is a partner in Changing Hands. She credits The Newtown’s real estate developers (“They are readers,” she says) with understanding the value a bookstore brings to a building.

“Bookstores are a place where people gather around ideas,” Dach says. “Wine and beer are a natural progression; it’s symbiotic. First Draft is incredibly unique, one of only 10 book bars in the country. Here’s a place where Phoenix is a forerunner.”

Baby Boomer Felice is throwing his support behind places like Changing Hands.

“It’s up to us, the more 'seasoned' generations, who have a duty and a responsibility to introduce the younger generations to the experience of browsing an independent retailer and how important a role they play in our community.”