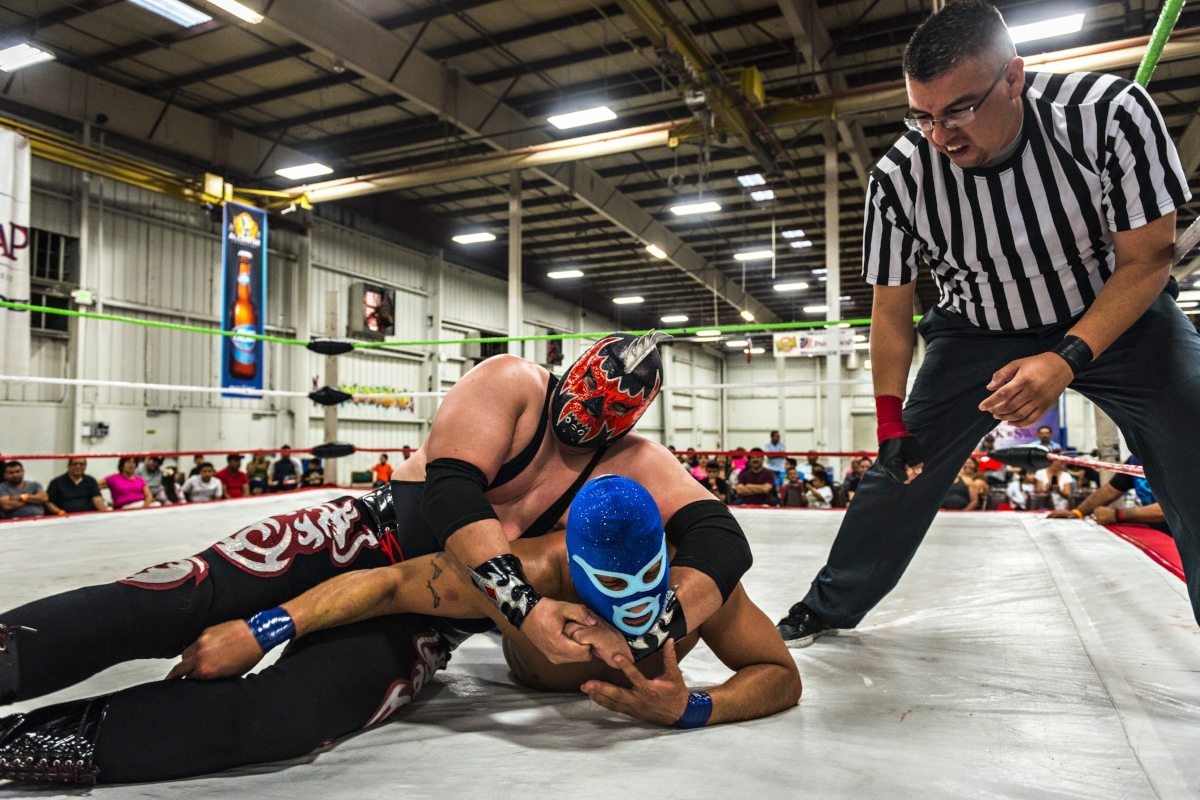 Masked acrobats of Mexican-style wrestling give audiences a reason to smile and scream on Sunday night.

He’s a big guy, 6-foot-three-something, with bicep tattoos that peek out from under the sleeves of his T-shirt. Black baseball hat worn backwards. A pair of wraparound sunglasses pushed up on his forehead.

During the week, he works in security, but on Sundays, only his girlfriend and his mother know exactly what he does. He declines to give me his name. “I don’t want people to know who I am. I keep that a secret.”

A few minutes after I leave the windowless room, he dons a pair of black and white spandex tights and a black mask and transforms himself into Ultimo Gran Guerrero, a villainous luchador who spends his Sunday afternoons in a ring, flying off the ropes, flipping, falling, jumping, rolling and kicking an equally agile opponent during rounds of lucha libre, or Mexican-style wrestling.

It’s all part of the weekly lucha libre matches put on in a Glendale warehouse by Sergio De La Rosa, who started his Por Promotions in 2011 to provide matches like the ones he grew up watching in El Paso and Juarez. It’s a family affair: His wife is the photographer and works the front of the house; his daughter runs the concessions; one son is the DJ and announcer; another, an 8-year-old, rings the bell to start the matches. 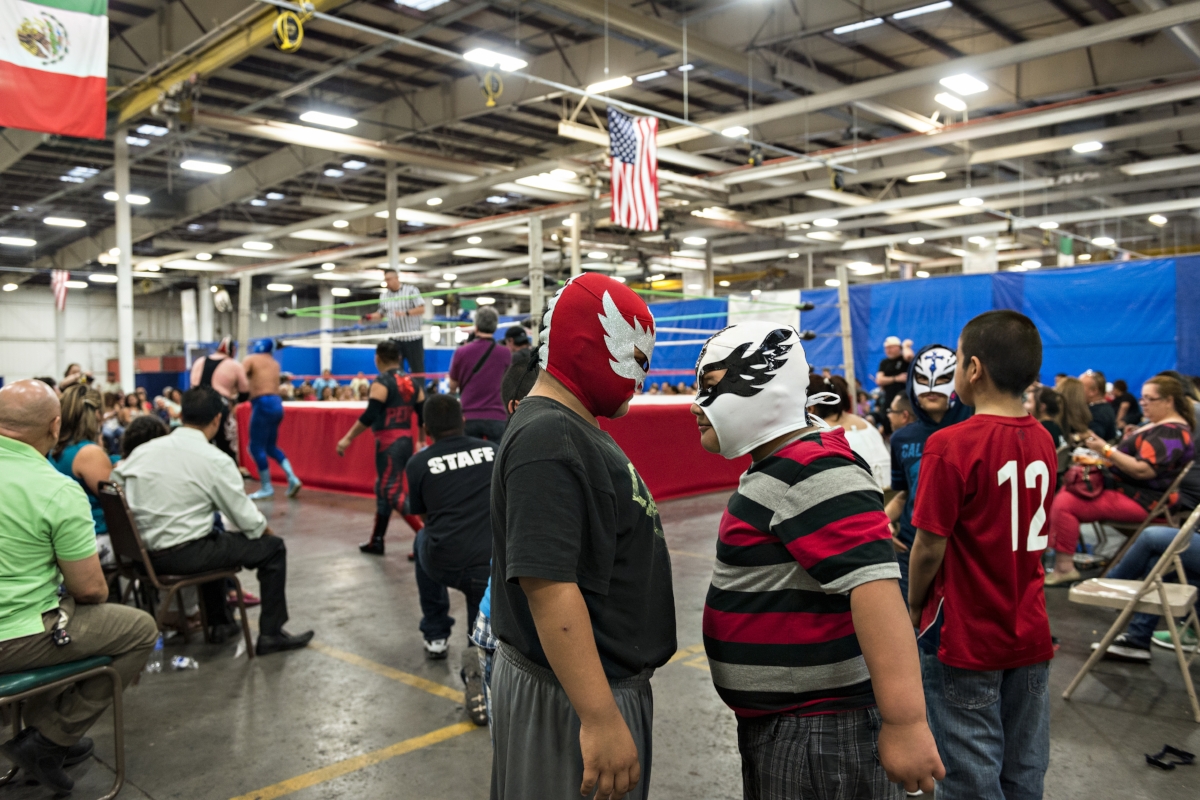 “Some are tecnicos, or the good guys,” says De La Rosa, who works in the restaurant industry during the week, “and then there are the rudos, or bad guys. Ultimo is a rudo. There’s a storyline with each match, and it changes weekly. The audience cheers for one side or the other.”

And the audience does cheer—and boo—with gusto. Several hundred people gather to watch the Por Promotions matches each Sunday. It’s a family affair. The audience consists of grandparents, families with strollers, couples out on a date, and young children who troll the concession tables for candy and toys. The luchadores engage the audience, bouncing in and out of the ring, chasing each other through the folded chairs to the taunts and encouragement of everyone, including the abuelas.

“Trust me,” says De La Rosa. “Be glad it’s all in Spanish, because you don’t want to know what the grandmothers are yelling.”

For generations, lucha libre has been part of Mexican culture, getting a major boost in the 1930s when a Mexican wrestling promoter began encouraging the use of masks and costumes so the audience could connect with villains or heros. As the sport’s popularity grew, the luchadores became celebrities, and lucha libre began expanding north of the border in communities with large Hispanic populations.

Like WWE, lucha libre has raised questions about whether the matches are choreographed and rehearsed. “A lot of people think it’s fake,” says De La Rosa of his matches. “I can tell you, it’s not fake. It’s a profession. It’s training. These guys know how to roll, they know how to fall so they don’t get injured. The outcome is not a done deal.”

It takes strength and agility training to be able to fly around the ring or lift an opponent overhead before hurling him to the mat. “I trained in Nogales, Sonora,” says Ultimo Gran Guerrero, who grew up in Nogales, Arizona. “You do everything to build up your back, your neck. I did three years of training before I was allowed into the ring. The only thing we choreograph or rehearse is our entry into the ring so the audience gets into it.”

De La Rosa keeps a first-aid kit in the dressing room just in case, but in four years of his Por Promotions matches, it’s been bumps and bruises, plus a few mild sprains. Not that lucha libre is without danger. “One of the biggest Mexican luchadores just died from a hit in the neck,” points out De La Rosa. “Mistakes can happen, but that’s why the training is so important. This isn’t just a hobby. It’s a passion for the wrestlers. We don’t just put anyone in the ring.”

Meanwhile, back in the Por Promotions ring, there’s flipping, pinning and flying through the air. Ultimo Gran Guerrero ultimately loses his match to two opponents, but the audience is loving it. “Lucha libre is a place where you can get your stress out,” says De La Rosa. “You yell, you scream. You forget about the outside world.”