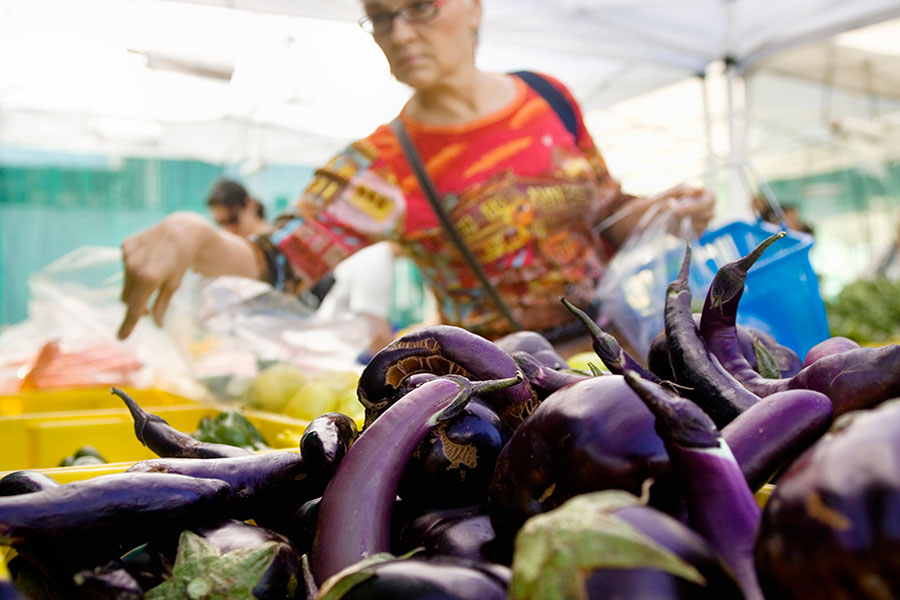 On a sunny Saturday morning, Shara Galonsky and Blaine Taylor work the crowd from their table at the downtown Phoenix Public Market, one of Arizona’s largest farmers’ markets. The couple sells their Big Orange Farms quail eggs—impossibly cute, two-inch-long beige eggs with dark speckles—fresh by the dozen or pickled in jars.

Blaine talks up quail-egg nutrition to interested passersby. Shara touts using the eggs in recipes. “Make omelets with them,” Shara tells one customer. “I like to put the pickled eggs in salads or use them to garnish a bloody Mary.”

Now a healthy obsession, the couple’s road to egg commerce started innocently enough when they moved into a 1916 Craftsman bungalow, just blocks from the Phoenix Public Market. “The house has a big back yard,” says Blaine, whose day job is as a telecommunications project manager. “I wanted to put in a garden.”

Before long, he was taking classes on composting and rainwater harvesting, then signed up for a class about raising backyard quail—domesticated Japanese quail, to be specific.

“I thought he was crazy,” says Shara, a data analyst. “All I could think about was having some kind of junky farm in the back. I’ve watched enough reruns of ‘The Honeymooners’ to think he was acting like Ralph Kramden, with a pie-in-the-sky scheme.”

Eventually, Shara came around, and Blaine built a corner coop, complete with a water mister and fans to cool the fowl. They started with 15 quail, purchased from a farm on the outskirts of Phoenix. Fifteen soon became 45. Each of the quails’ biological clocks ticked regularly, producing one egg every 20 hours. Soon, the couple couldn’t give enough eggs away to friends and family, and quiches filled the freezer.

A light bulb went off. Shara and Blaine began selling eggs at the Phoenix Public Market, calling their weekend-hobby-turned-part-time-business Big Orange Farms, in honor of one of their quail with a big personality and orange-tinged feathers.

Blaine and Shara’s Big Orange Farms is one of some 90 local vendors—ranging from backyard gardeners to family-run farms—who gather on Saturday mornings and Wednesday evenings at the open-air market. The quail eggs are side by side with tables ladened with organic vegetables, Polish pierogies, pasta, breads, pickles, hummus and even organic dog treats.

Humming coolers are stuffed with grass-fed beef, pork, goat meat and cheeses. A half-dozen food trucks line one side of the market’s parking lot, offering soul food, hot dogs and more. Most market days, about 1,000 people roam past the tables, toting home cucumbers, beets, foccacia, sacks of pears, sausages—ingredients for dinner and beyond.

Market regulars also hang out in the adjacent Phoenix Public Market Cafe, a sister restaurant to the acclaimed St. Francis, a few miles up Central Avenue. The café—housed in an old industrial building with a bowed ceiling and exposed brick walls—is downtown Phoenix’s de facto living room, serving up strong coffee and fruit-topped, steel-cut oats risotto in the morning, and craft beers, cocktails, fresh salads and wood-fired rotisserie chicken later in the day. Much of the menu is determined by what’s available from the market vendors, just outside the kitchen door.

“There’s such a sense of community here at the market and the café,” says Shara. “We meet so many great people here. We get together for dinners.”

Back at their table, Shara and Blaine are having a good day, selling out of their eggs about 30 minutes before the market’s official closing time. They pack up and head home to feed and water the quail, and gather freshly laid eggs. Despite all the time they spend with their quail, there’s one thing that still eludes the couple.

“No matter how long we spend in the coop,“ says Shara, “we have yet to see a quail actually lay an egg.”