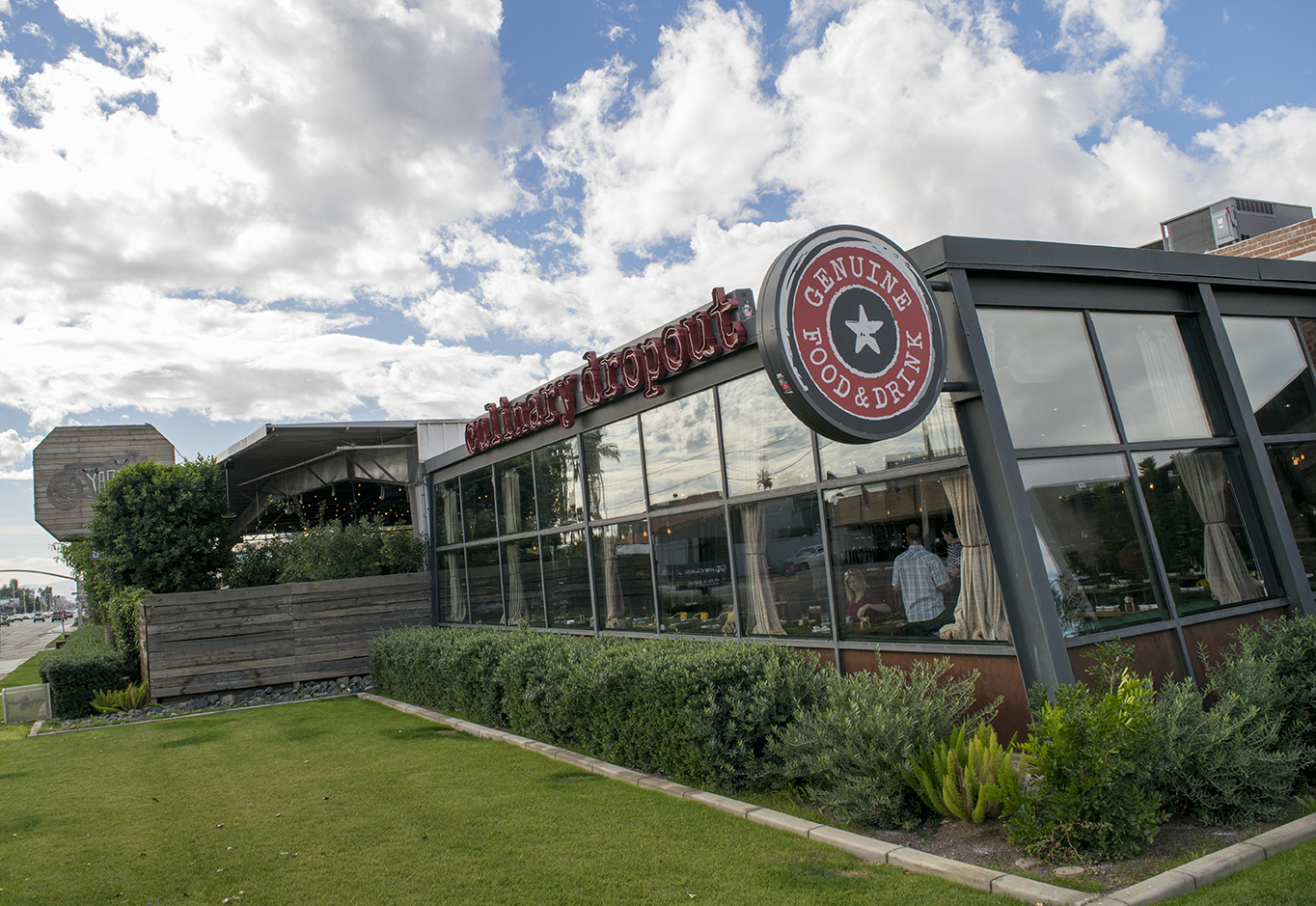 The city's newest restaurant row has popped up on a short stretch on North 7th Street.

A few short years ago, North 7th Street was an unremarkable artery through an older Phoenix residential neighborhood. Strip malls, small shops, automotive repair spots and nondescript office buildings catered to the needs of the locals—nothing that screamed "must-see destination."

Recently, though, savvy developers and restaurateurs have converted many of the street's mid-century buildings into gleaming cocktail bastions of the culinary and cocktail arts. Explore a half-mile stretch of 7th Street roughly between Missouri Avenue and Rose Lane to find everything from freshly made pastas and grits flecked with fennel and mushrooms to Sinatra-era adult beverages and craft beers.

From south to north, here are just a few of our favorite spots.

The gastropub's name is a nod to a nearby bridle path, and its location anchors The Colony, a revamped two-story, mid-century retail center where beauticians once bought shampoo and dye supplies. The rustic/modern interior is centered on a huge bar, and a street-side patio beckons on balmy nights. Inventive menu options include Philly cheese steak egg rolls and fermented beets with goat cheese curds, while comfort food fans will like the short rib stroganoff and the lemon-scented crab mac and cheese.

This lounge has a speakeasy vibe, starting with its entrance, tucked behind Stock & Stable, up a flight of exterior stairs. The inside is moody—coffered ceilings, wood-paneled walls and cozy club chairs—perfect for hiding out and enjoying a strong beverage, plus a nibble on bar snacks. Beer and wine choices abound, but, naturally, the mixologists will encourage you to sample a classic, like the gin-based Corpse Reviver or the regionally inspired, vodka-centric Rocky Point Rendezvous.

Culinary Dropout's 7th Street home is The Yard, a series of brick buildings and a vast metal canopy that started out in the 1950s as a Triumph car showroom and, later, a motorcycle dealership before morphing recently into a restaurant compound. The restaurant's a big, casual, indoor-outdoor place where you can play ping-pong or cornhole in between beers or sit down to enjoy 36-hour pork ribs, fried chicken drizzled with honey or the smoked salmon served with toasted ciabatta and a poached egg.

The restaurant is helmed by celebrity chef Scott Conant ("Top Chef," "Chopped"), who brings an updated osteria style to the menu. The setting is a gleaming white building that includes a shady patio and an interior marked by lipstick-red seating, intricate tile work and rustic wood accents.

Don't miss the signature appetizer—hearty breads served with several spreads, then continue the gluten fest with pastas such as strozzapreti laced with duck ragu and truffles. Pizzas and entrees like roasted halibut round out the offerings.

In 1963, Maureen and Andy Womack, opened up Chez Nous in Phoenix, a swanky, French-influenced cocktail lounge that was a beloved water hole for decades before it was razed for redevelopment. The late couple went on to build two more lounges, one of which still stands on 7th Street. It's been renamed in an homage to the original owners, and the renovation reflects their sexy '60s aesthetic, complete with low lighting, mirrored ceilings, retro booths and flocked wallpaper. There's live music, too—danceable R&B, funk and soul.

Mexico City native Doug Robson originally made a name for himself in Phoenix with his other restaurant, Gallo Blanco, but Otro Cafe has come to receive just as many accolades. The hip, intimate spot has an array of beautifully cooked Mexican dishes for lunch and dinner that are as colorful as the atmosphere of the space, but breakfast is what most seek out here. Served every day well into the afternoon, you can choose among tamales, chilaquiles, frittatas, or just a good old-fashioned pancake. No matter what you choose, you can't go wrong.

This local chain has spent more than 25 years in Greater Phoenix being a go-to for eaters of all kinds, whether it's health-focused vegans or burly meat eaters. Though the Mediterranean-focused eatery has expanded to more than 20 locations, each spot is unique to its surroundings. The Uptown Phoenix location is the largest yet at 5,000 square feet, ornate with Art Deco designs, including a large copper, silver and gold tree in the main dining room made by local artist Eric “Q” Quezada.

If you're willing to drive a bit farther south and north, you'll find plenty of spots on 7th Street that cater to your sweet tooth. Here are a few worth putting on your sugar radar.

A tiny vegan bakery/coffeehouse where you can score chai fritters and peanut butter chocolate cupcakes, then not hate yourself too much in the morning.

A 1929 soda fountain, enveloped in an antiques shop. Sit at the vintage counter and go back in time with a banana split, black cow, milkshake or pie a la mode.

Sure, there are savory pot pies, but pie snobs come for the chocolate coconut cream, orange meringue, key lime or brown sugar peach varieties—among many others.

This story was originally printed in the 2018 Visit Phoenix Official Travel Guide, published by Madden Media.