Crop to Cup at Peixoto Coffee 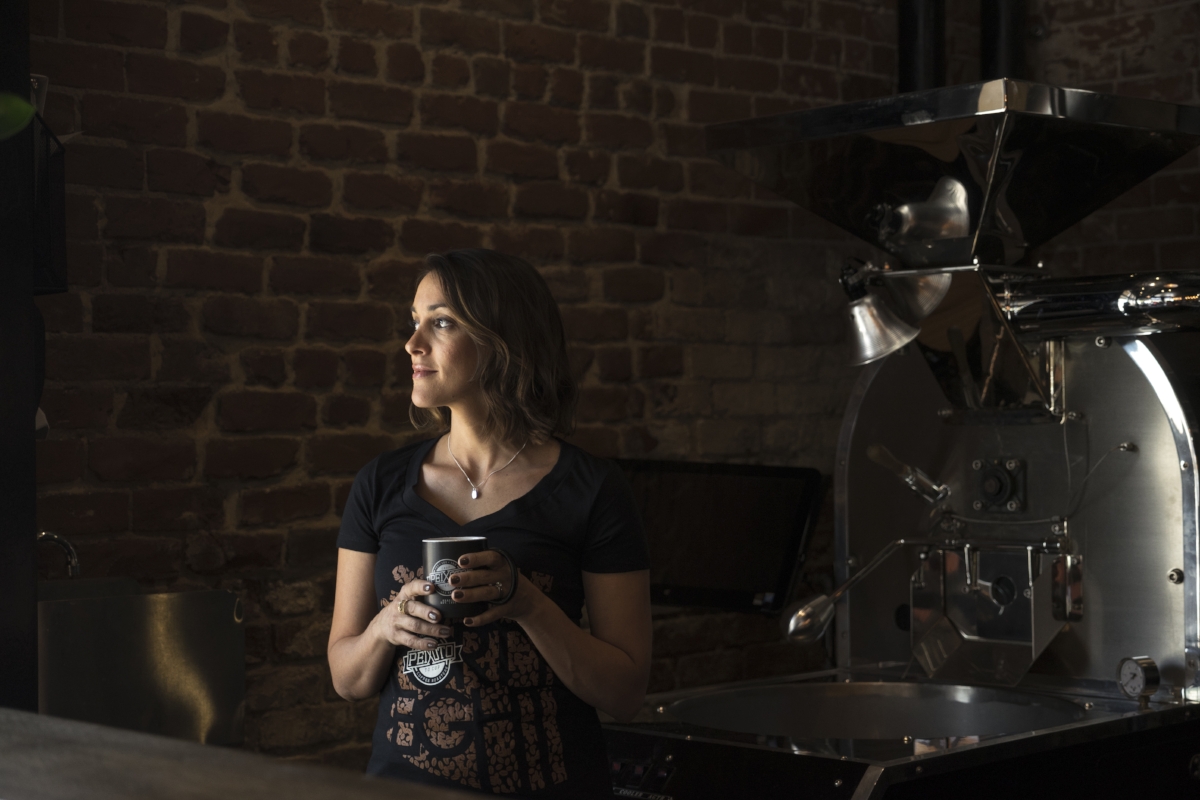 A daughter carries on a legacy by roasting beans from the family farm in Brazil at a coffee shop in Chandler.

Julia Peixoto Peters’ father didn’t want her to go into the family business of farming and selling coffee as a commodity in Brazil. The market was too volatile, he argued, and profit depended on factors such as geography and speculation, not the quality of the bean. Instead, he insisted she and her siblings find stable, professional jobs.

Peters chose to study international law, a pursuit that brought her to the University of Arizona and led to a legal career with DHL in Phoenix. She had always planned to return to Brazil to practice law. But, as it often does, life got in the way: Peters got married, bought a house and had two children.

But, from time to time, her thoughts would turn to coffee and her family’s farm.

In Brazil, coffee wasn’t a fancy treat with artificially flavored syrups and whipped cream that you ordered in a rush on the way to work. It was straightforward and simple—“a tool for bringing people to the table,” Peters says. Her friends and family gathered over cups of coffee to laugh and share their day. The coffee they drank was grown at the family farm, so the farm itself played a role in bringing people together.

When her grandfather died two years ago, Peters had what she describes as an “aha moment.” Her father had only so many more years left to work the farm, which had been in their family for at least 150 years. Once he called it quits, there would be no one left to carry on the work, since she and her siblings weren’t interested in the coffee business.

“I realized if I didn’t do something, the legacy would disappear,” she says.

At first, she and her husband, Jeff, decided to act as distributors for the family’s coffee, selling the green coffee beans to roasters in the United States. But they quickly realized it made more sense, financially, to do the roasting themselves and sell directly to the consumer.

“The more we looked into it, the more we were sucked into the whole process of crop to cup,” she says.

By Peters’ estimation, Peixoto Coffee—pronounced “pay-sho-tow”—is one of only a handful of coffee shops in the nation that is truly crop to cup, meaning it directly sources beans from the farm that grows them, imports them, roasts them in-house and sells them to the public.

Peters says her father thought she was taking a big risk, and he cautioned her not to quit her job with DHL. So she didn’t. But even though they hung onto their full-time jobs, she and Jeff threw themselves into the crop-to-cup idea.

Peixoto Coffee opened in February 2015 in downtown Chandler. From the beginning, the focus has been on black coffee and “coffee forward” drinks. No chocolate-chip-caramel lattes with whipped cream—and certainly no flavorings from a bottle. Any syrups used in the shop’s drinks are made in-house from all natural ingredients, like vanilla beans and toasted coconut.

Even though the immediate reception to Peixoto’s crop-to-cup concept was overwhelmingly positive, Peters says her father remained skeptical. He wasn’t on social media, so he couldn’t read the comments people made about his coffee or see all the photographs posted online. To him, coffee was still a risky business.

That changed when he visited in December 2015. Peters’ father couldn’t believe what he saw when he entered Peixoto Coffee—people were packed into the busy shop and drinking his coffee. Many of them, when they realized who he was, came up to shake his hand or have their photograph taken with him.

Eventually, he was able to sit down and drink a cup of coffee made from beans he had grown. It was the first time in his life he’d ever done that in a public place.

“It was emotional for him,” Peters says.

Peters’ father is now an enthusiastic partner in his daughter’s shop, taking an active interest in what the consumer actually wants to drink instead of thinking of coffee as a commodity. Peters says he also commended her decision to distribute the family’s beans to other outlets—a diversification move that altered his opinion about the coffee business’ volatility.

Things are going so well, Peters recently quit her job at DHL to focus on Peixoto Coffee and the farm. She has set aside her legal career to immerse herself, full time, in the family business.

And, she says, her father is OK with that.

Top Places to get Coffee

Stop in to one of these atmospheric hot spots to enjoy a fresh cup and bite to eat.

If you’re looking for a decadent treat, here are nine Phoenix bakeries that rise to the occasion.