The Food Network has given some serious love to Phoenix over the years— so we decided to roundup all the Greater Phoenix restaurants that have been featured.

Guy Fieri shows his Phoenix love with dozens of features on his Food Network Diners, Drive-Ins and Dives. The following restaurants have received a visit from Mr. Fieri himself:

Fieri asked to be a Tortas Chano's chimichanga ambassador after trying everything from the juicy tacos al pastor to the pineapple pork burritos. 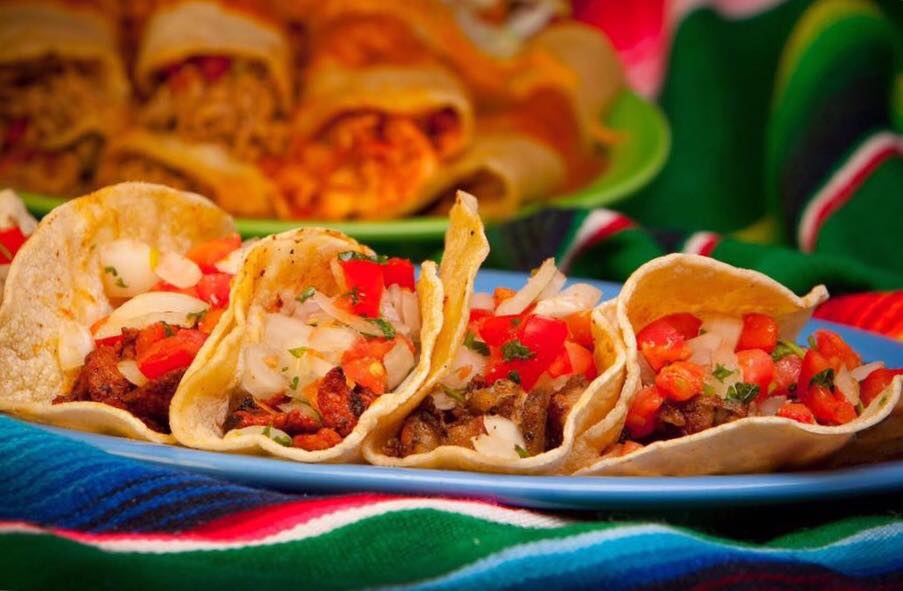 Guy loved the tacos at this family owned Phoenix restaurant, but we’re partial to the carnitas burrito.

Admitting that the savory red-eye gravy was better than his own, Fieri claimed this breakfast restaurant with a Midwest touch was "dynamite."

Guy stopped by this father-son operation to get his hands on the Italion Stallion, a pizza topped with sopresta, Parma prosciutto, Italian sausage, and pepperoni.

A gas station/ BBQ cafe hybrid isn't something you'd see everyday (or ever) until you dineat The Thumb. Guy visited this Scottsdale joint for their famous grits and smoked meats. 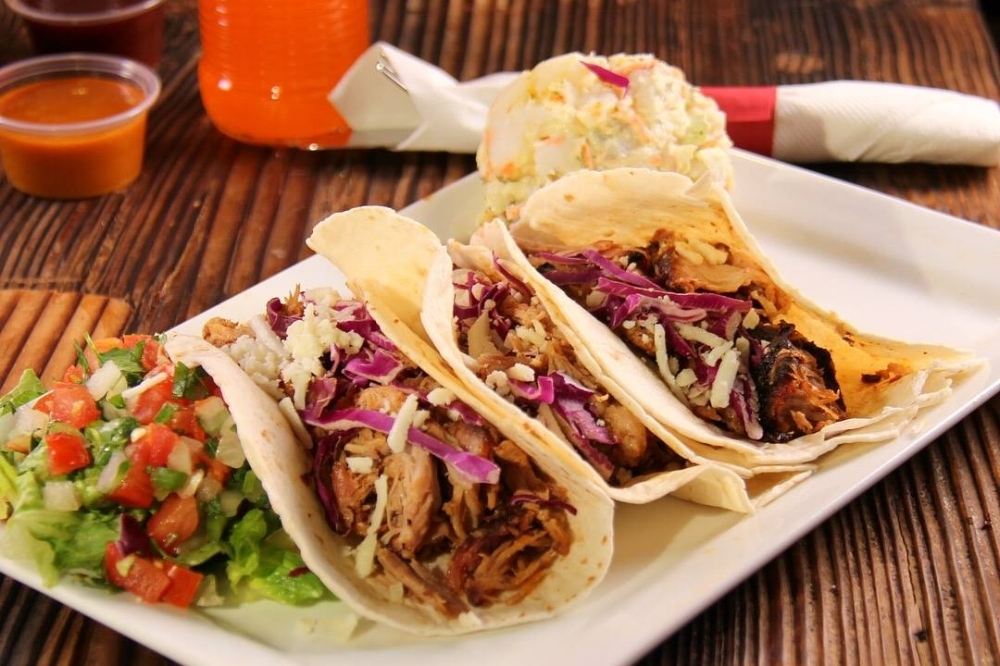 Guy Fieri came to Phoenix but got a taste of Germany at Haus Murphy's, owned by Chef Rose Hoffman who grew up in Munich. Make sure to get a taste of their ginormous beer pretzels or their sour German roast served with cabbage and potatoes.

A Phoenix favorite, Joe's Farm Grill sits in the heart of downtown Gilbert and uses farm-fresh ingredients grown right on their property. 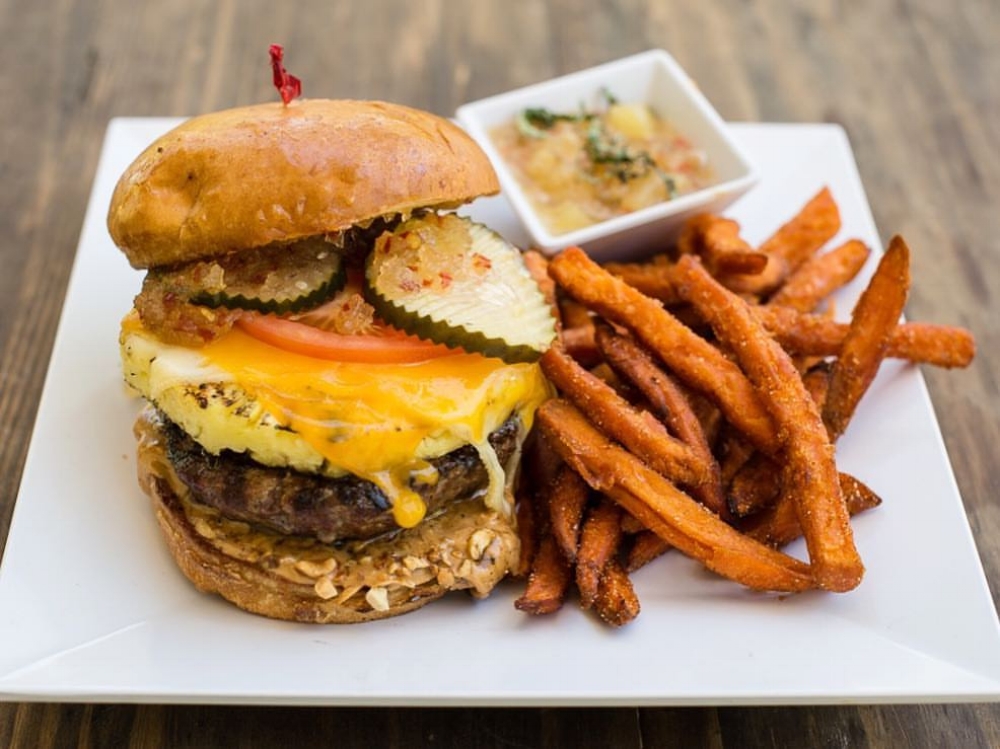 Classic barbecue is served up in a rustic diner setting at Glendale's Thee Pitt's Again, where Guy sunk his teeth into the low-and-slow smoked pulled pork.

Order the specialty Goat Karahi or the Tandoori chicken tikka at this Pakistani restaurant.

Famous for their Wine Country French Toast, Fieri instead opted for the breakfast enchiladas stuffed with tender pork shoulder.

Authentic Italian recipes passed through generations of the Andreoli family can be found in the Arizona desert. Guy Fieri feasted upon the homemade prosciutto.

A unassuming fusion of Mexican, Chinese, and Jamaican dishes are served at Chino Bandido, where the menu features over 90,000 mouth-watering combinations.

Tilapia wrapped in banana leaves, Yucatan pulled pork, and chicken-stuffed chiles are just some of the tasty menu options at this local Mexican joint. 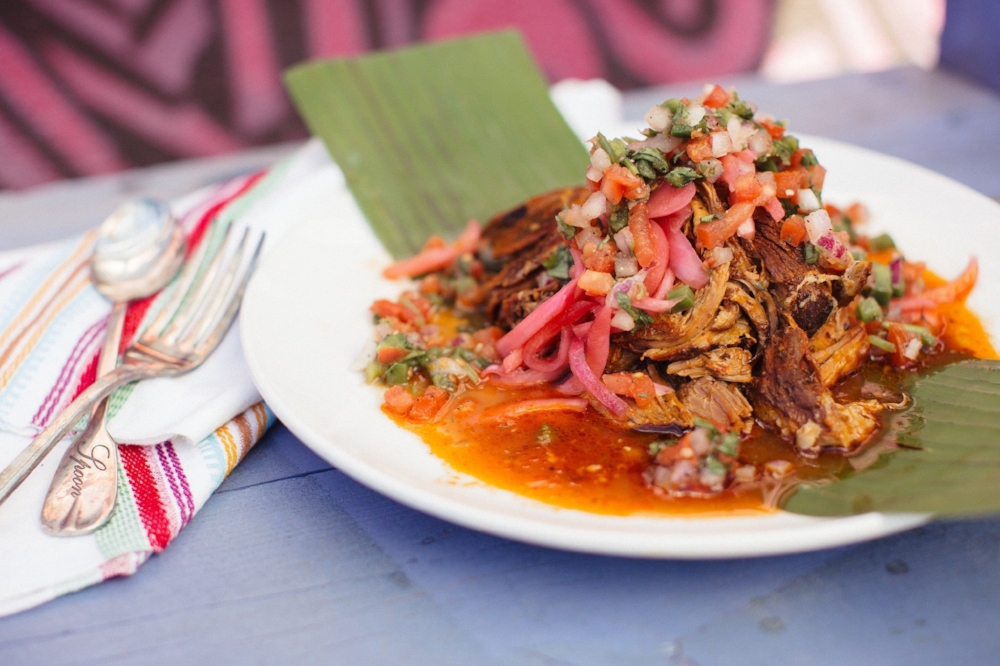 This retro downtown restaurant serves its food out of a vintage airstream, with options like mac-n-cheese muffins, beer can chicken, and s'mores cheesecake.

Bootlegger is a modern American smokehouse with two valley locations for you to choose from. Guy visited this Phoenix favorite on an episode titled"Breakfast, Brisket, and Belly," where he fulfilled the belly segment with Bootlegger's mouthwatering pork belly.

Famous for their Mexico-City style tacos, Guy tried the Nogada and the Oaxacan Black Mole Taco at this Phoenix favorite.

For a little slice of Italy in the Arizona desert, Fieri visited Sal's Gilbert Pizza in Phoenix. For the best of both worlds, try the lasagna pizza.

The Best Thing I Ever Ate Features

Many of the Food Network Chefs have also chosen dishes at Greater Phoenix restaurants for the show The Best Thing I Ever Ate. The following dishes have been featured: 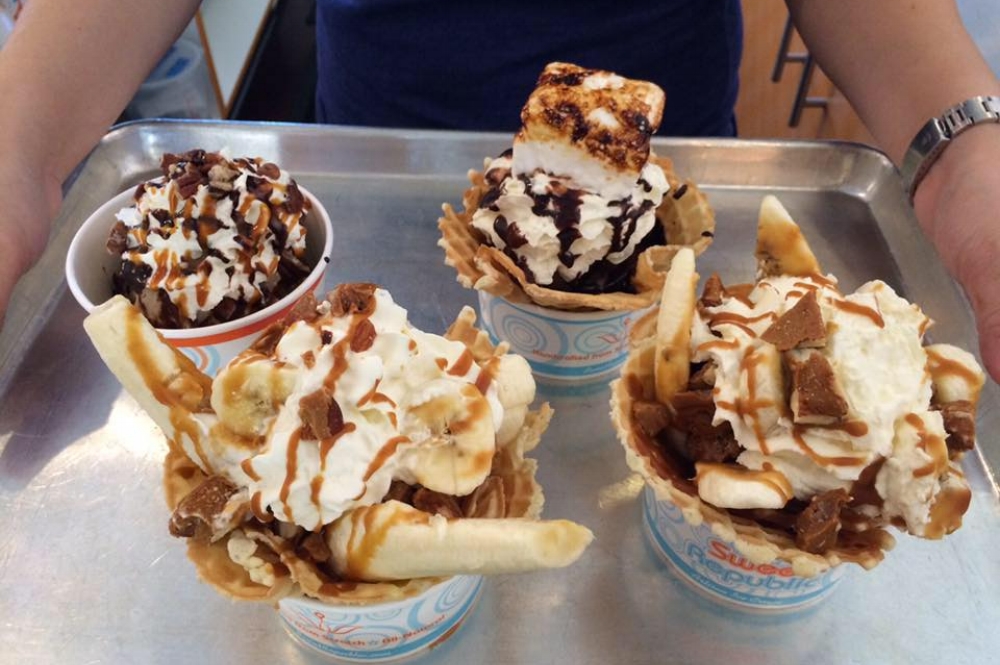 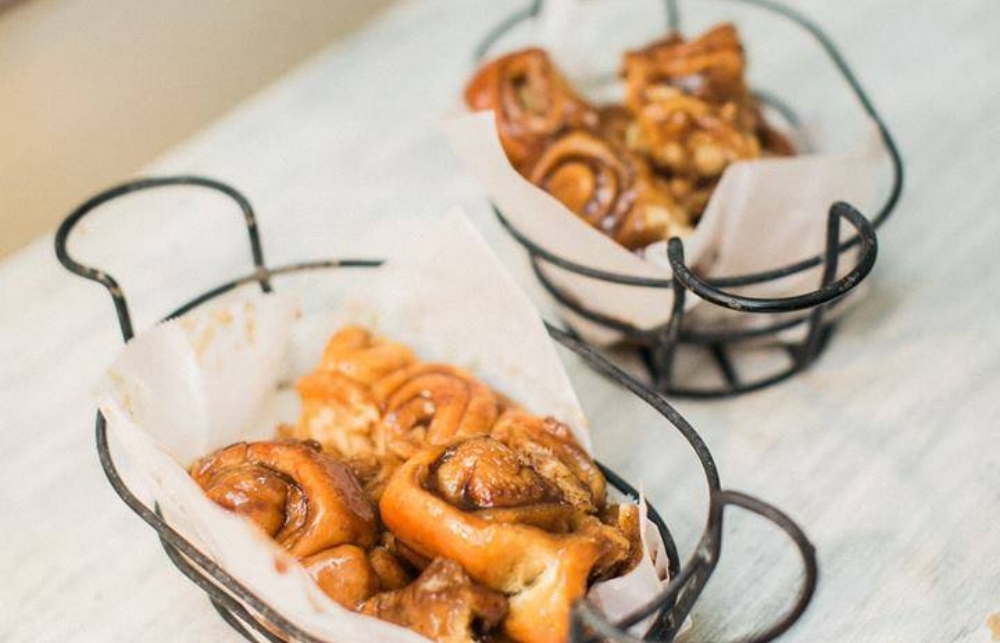 Waffle Dogs from Over Easy

Three Phoenix cupcake connoisseurs have made their way on the Food Network's Cupcake Wars: a bake-off between the nations top bakeries.

This local favorite defeated its competitors to take the crown on Cupcake Wars, with winning cake flavors like Orange Olive Oil Rose Water and Tomato Soup and Grilled Cheese. 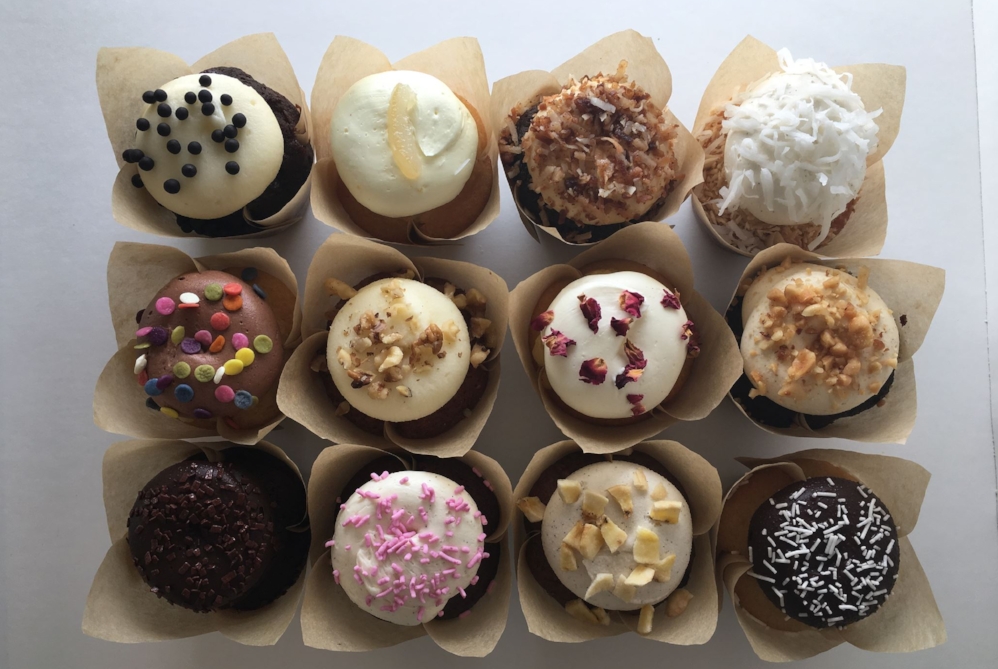 The Coffee Shop at Agritopia

Located on Gilbert's urban Agritopia, this coffee shop is known for more than just its caffeinated beverages. Their signature cupcakes have earned them a spot on Cupcake Wars three times.

Parlor Pizzeria staked its claim for Phoenix on the “50 States, 50 Pizzas” list. The particular pie named is the Salsiccia, that comes loaded with mozzarella, cheddar, grilled radicchio and locally sourced spicy pork sausage. 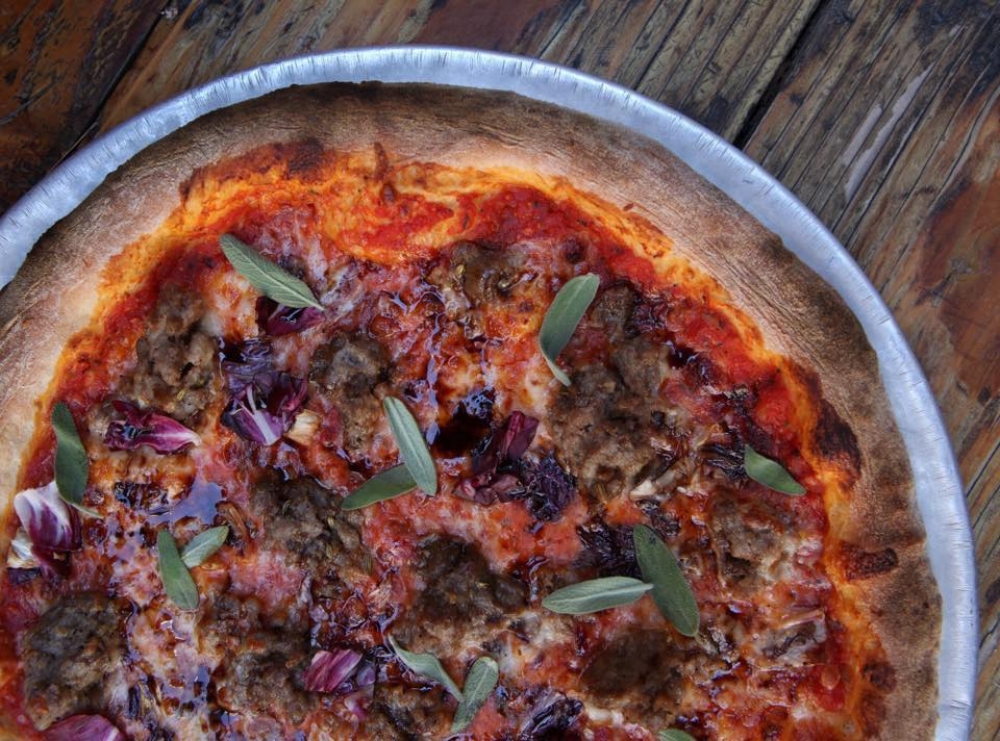 More to eat in Phoenix